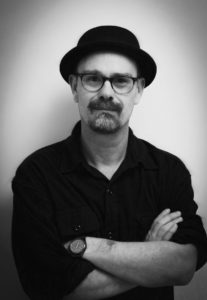 William L. Alton started writing in the Eighties while incarcerated in a psychiatric prison as a teen. At first, it was mostly bad poetry. Since then his work has appeared in Main Channel Voices, World Audience and Breadcrumb Scabs among others. In 2010, he was nominated for a Pushcart Prize. He has published several books. One collection of flash fiction, Girls, two collections of poetry titled Heroes of Silence and Heat Washes Through, a memoir titled My Name is Bill and a novel that came out in 2015 titled Flesh and Bone which was nominated for a Stonewall Award. His second novel, Comfortable Madness, is due out in 2018. He earned both his BA and MFA in Creative Writing from Pacific University in Forest Grove, Oregon. Currently, he works with mentally ill teenagers in a small program in Beaverton, Oregon.

Regal House Publishing and Pact Press are delighted to publish William’s novel, The Tragedy of Being Happy, in 2019.