You are here: Home / We Refugees – An Anthology of Writing about the Experience of Forced Migration 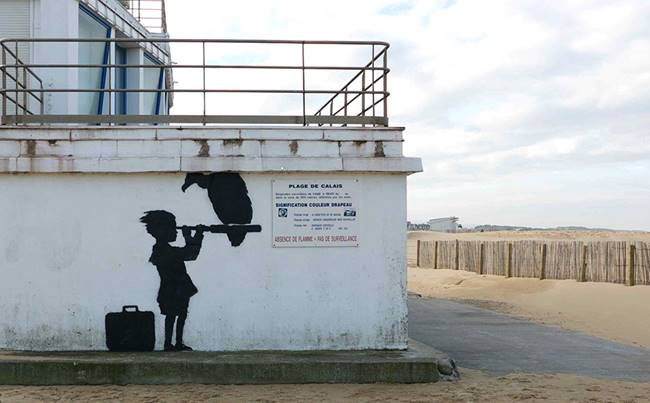 ‘We Refugees’ is the title of an essay written in America in 1943 by the German Jewish philosopher, Hannah Arendt. Like many of Hitler’s exiles who escaped to the United States, Arendt felt tremendously grateful to the country for affording a place of safety, yet ‘We Refugees’ is not a tale of gratitude. The essay is difficult to read: it makes one shift restlessly in one’s chair. It is written in a sardonic tone of voice, and there is bitterness in it. Arendt’s critical attention touches on those offering refuge – the good citizens of America – and also focuses on the refugees themselves.

The Americans offered safety, but with a sting. The refugees were expected to blend into their new society as quietly and submissively as possible. They were beleaguered by constant reporting requirements and forms to fill in. On the West Coast they were treated as ‘enemy aliens’ and subject to nightly curfews, but their hosts implied that all these measures were taken reluctantly, in a spirit of friendship, and any comparison to how the refugees had been treated by the Nazis would have been most unwelcome.

As for the refugees themselves: they didn’t like to be called refugees, but preferred ‘newcomers’ or ‘immigrants’ or even ‘Americans of German language’. They had been ‘so unfortunate as to arrive in a new country without means’, and had to rely on the assistance of ‘Refugee Committees’, but despite their difficulties they were ‘very optimistic’ and commenced their new lives by trying ‘to follow as closely as possible all the good advice [their] saviors passed on to [them]’, including quickly to forget their old lives. In light of this advice, Arendt says they avoided

any allusion to [the] concentration or internment camps [that they had] experienced in nearly all European countries – it might be interpreted as pessimism or lack of confidence in the new homeland…how often [they] had been told that nobody likes to listen to all that…Apparently nobody wants to know that contemporary history has created a new kind of human being – the kind that is put in concentration camps by its foes and in internment camps by its friends.

Arendt’s description of the refugees who were expected to keep their mouths shut and encouraged at all times to avoid causing offence, even where this meant ignoring rather unpalatable political facts, is deeply disconcerting. Clearly these were resilient and brave people who had weathered terrible events. Yet there is acid in the way that Arendt describes how many of the refugees in America took to reading their future in horoscopes, while others resorted to suicide – in her words: ‘having made a lot of optimistic speeches, [they] go home and turn on the gas or make use of a skyscraper in quite an unexpected way.’

Rather than be offended by Arendt’s account, it should spur contemporary readers to reconsider some common portrayals of the current refugee crisis. Usually these accounts ignore the agency and individuality of forced migrants. Where they are sympathetic, they are full of pathos (picture a small child who has drowned, lying on the sea shore), but rarely do they focus on the hard issues of why people are leaving their homes and risking their lives. They almost never address how policies pursued by wealthy States (think arms sales, preferential trade deals, and crippling sovereign debt burdens) may be implicated in the situation that pushes people into exile.

When the scale of a problem seems to defy comprehension or our ability to respond effectively, it can be tempting to surrender responsibility and resort to a focus on our inner or personal lives, putting our trust in fate or the stars, or else surrendering all trust and all hope and considering suicide the only way out. What Arendt is urging on her readers is the imperative of action in common with like-minded people and in defence of communities of hope and empowerment. If we abandon the political stage and the sphere of public policy making, surrendering it to those who make policy in pursuit of power or personal riches or vindictive and vicious world views, all hope for a better shared future is lost.

Rather than be offended by what seems like an attitude of derision in Arendt’s essay, we need to read it in light of what she wrote elsewhere about the human condition, and what it means to build political communities together with other human beings. For Arendt, to be human is to have agency in the world. It is the capacity to influence the shape of the world that we construct and share with other human beings who are our equals.

Refugees have been forced to flee their homes and countries. They seek safety or shelter or simply a crust of bread where their own home offered none. They request entry to and participation in a new political community. But refugees need not, indeed they should not, be cowed as a result of this. Nor should they be expected to scrape and bow to their hosts in other countries, encouraged like feudal beggars to offer thanks for stale crusts tossed away from an aristocrat’s feast.

Who are we, those of us fortunate enough to be seated at the table, to claim it as our rightful place and to condescend to those who sit down beside us? What right have we to this table, this feast, this country? We may earn a right to feel proud of our home country if we have contributed constructively to its culture, its politics, and its traditions of openness and enfranchisement. If, in short, we are engaged in supporting a political community that does not oppress its own or others, and that ‘sees itself in solidarity with the oppressed, wherever they are’ (Arendt again, in her book The Origins of Totalitarianism).

If we live in such a community we may feel proud, but we are unlikely to condescend to the refugees who turn to us for assistance. We will see them instead as human beings who have known oppression and who suffer the hardships of exile, but who – like us – embody the hope of a world in which the agency of every human being is recognized and honoured.

‘We Refugees’ focuses on the plight of Jewish exiles who had left their ‘relatives in Polish ghettos’ and whose ‘best friends [had] been killed in concentration camps’. In many respects, Arendt’s subjects were unlike other refugees. As she describes it, the Jewish people in Europe had a distinctive history and culture, and even their desperate desire to assimilate in the host countries to which they fled was idiomatic, revealing characteristics forged through their long history as an outsider people. But despite the distinctiveness of the Jewish experience, the events of WWII were to prove that it was also representative, for ‘the outlawing of the Jewish people in Europe [was] followed closely by the outlawing’ of many other peoples, including the Slavic, Roma, and Polish. Moreover, people were not targeted solely on the basis of their race or religion, but also because of their anti-fascist political commitments, or profession, or sexuality, or because they were destitute.

What the experience of the WWII refugees demonstrates is that the tragedy of exile and loss of home can happen to anyone. It is for this reason that the title, ‘We Refugees’ was chosen for a planned new Anthology of writing about the contemporary experience of forced migration. The aim of this Anthology, which will be published by Pact Press, is to amplify the voices of displaced people wherever they are, and to provide insights to their lives that are often ignored in media accounts.

Rather than present a vision of crisis, the editors would like to present a vision of hope and energy, to celebrate the courage of people who have been forced to leave their homes and seek new ones. In the spirit of Arendt’s discomforting but also illuminating analysis, we also welcome contributions that may challenge readers, presenting the experience of displacement in a manner at odds with more typical representations.

Submissions for this anthology have now closed. All profits from sales of the anthology will go to support the work of the Asylum Seeker Resource Centre. 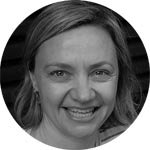 Emma Larking is a Pact Press editor and one of its most ardent supporters. She is author of Refugees and the Myth of Human Rights: Life Outside the Pale of the Law (Ashgate/Routledge, 2014), and co-editor with Hilary Charlesworth of Human Rights and the Universal Periodic Review (Cambridge University Press, 2014). Her disciplinary backgrounds are in literature, law, political theory, and applied philosophy. She has published widely on the concept and status of human rights, and on refugees and people movements.